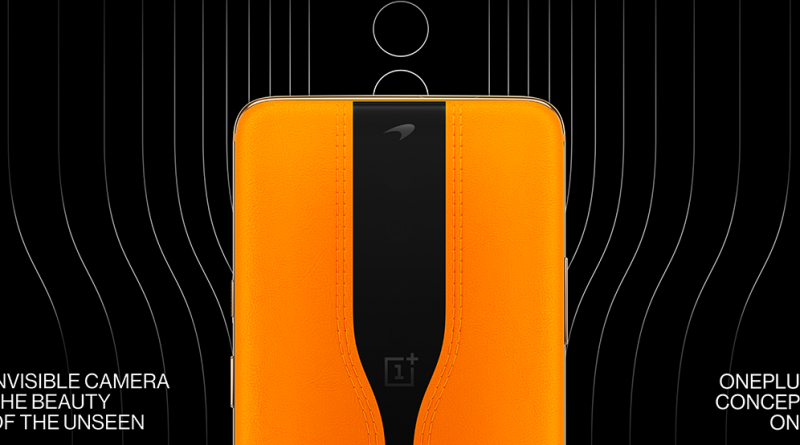 The emerging tech-giant OnePlus at CES 2020 unveiled its first-ever concept smartphone. Named as the Concept One, it has been developed with the Automobile Giant McLaren.

The company has not revealed any plans to launch this device or its features in its upcoming devices anytime soon. Even so, the device captured the attention of everyone present at the event.

What are the Main features of OnePlus Concept One?

The one feature which stood the device out was its vanishing cameras. Yup, the Concept One is a device with invisible cameras. OnePlus, inspired by McLaren’s 720s developed an electrochromic glass layer that completely hides the rear camera lenses when not in use and at the same time the layer becomes transparent whenever the cameras are needed. Apart from hiding the annoying lenses, another side benefit of this glass layer is that it leaves no space for those annoying camera bumps.

The concept is very similar to the Maclaren 720s retractable hard-top with the same kind of electrochromic material that can be switched between tinted and transparent states. Speaking of McLaren, the OnePlus Concept One also has its signature Papaya orange shade at the back.

The electrochromic layer contains particles that react to current and change its opacity. The current is altered through the glass layer whenever the user triggers the camera application, thus revealing the camera lenses. OnePlus claimed that the layer can shift from 0% transparency to 100% in just 0.7 seconds. This is faster than the average time to actually launch the camera application. What’s more is that, this layer can also achieve a semi-transparent stage to act as a polarising filter under extreme lighting conditions.

OnePlus also stated that their electrochromic glass is the most advanced similar tech to have ever existed. The thickness of this phone too shockingly is almost similar to the 7T Pro with the glass layer only being 0.35mm thick.

Other features and specs

Apart from the slick design and disappearing lenses, the phone has a spec-sheet quite similar to the OnePlus 7T Pro. Similar 48 Megapixel main camera with a 16-megapixel ultra-wide lens. It also has 12GB of RAM, similar to the McLaren edition of the smartphone. The screen refresh rate too is 90 Hz and has a pop-up selfie camera.

Build of this OnePlus concept

The aluminum frame supports the device as usual. However, the ‘subtle shine’ of the rear is possible through a new vapor deposition technique. The ‘subtle shine’ as called by OnePlus, is the end product of this deposition process allowing hem to place the thin gold layer onto the rear accurately.

OnePlus also stated that this new technology does not practically affect battery life with ‘almost’ no power consumption.

The back has a papaya orange shaded leather piece sewn onto it with the electrochromic layer running through its middle.